ESPN+ will be $1/month more expensive for new subscribers 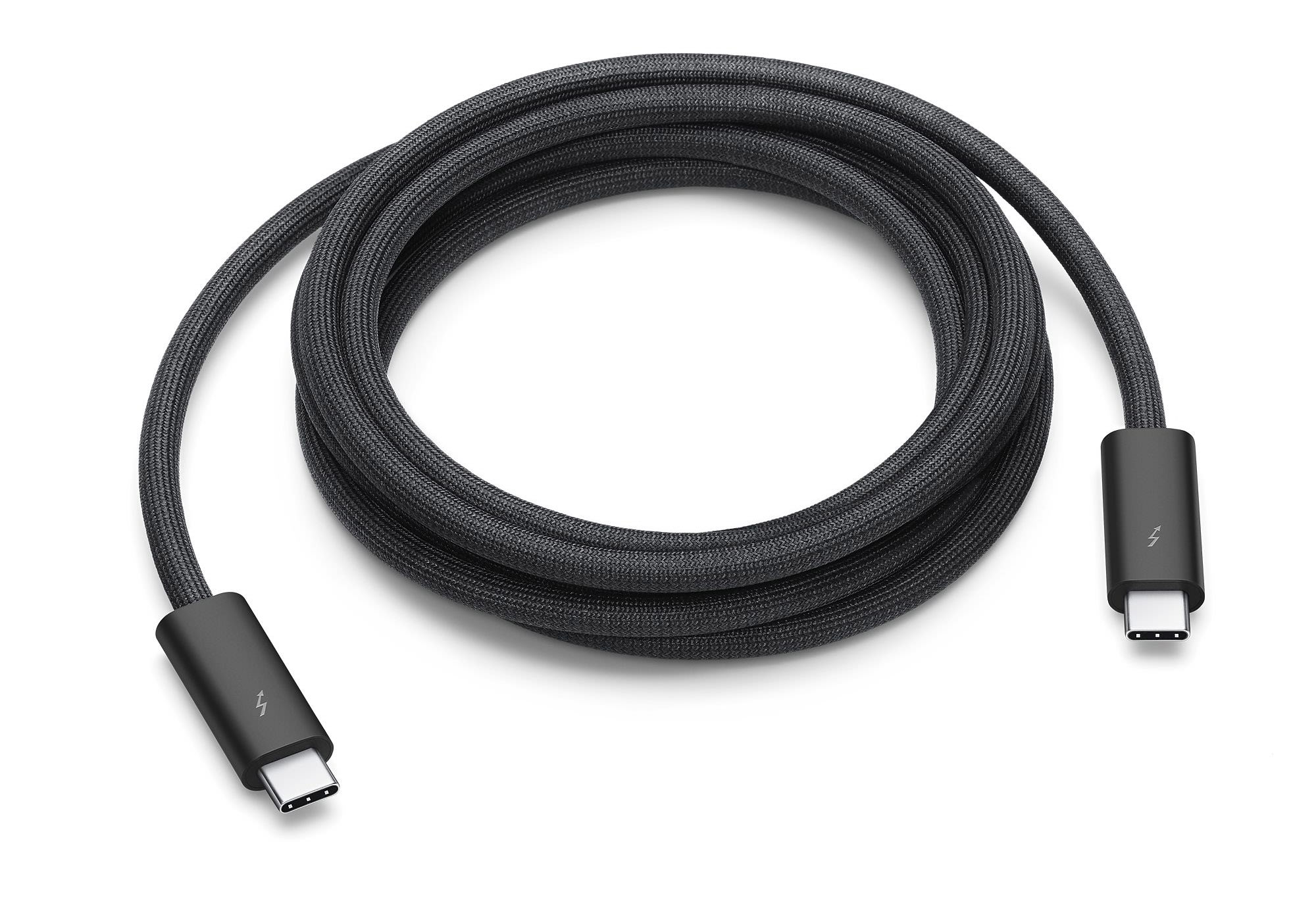 Apple has started selling a high-end certified 40 Gbps Thunderbolt cable that’s either a real bargain or ridiculously expensive, depending on your point of view (via ). The braided $129 supports the full Thunderbolt 3 spec, including DisplayPort video and 100 watt charging, while allowing for USB 3.1 Gen 2 data transfers up to 10 Gbps.

That sum would get you a , so how could anyone think it’s cheap? At 2m long and with 40 Gbps speeds, Apple’s Thunderbolt 3 cable is active (with chips on each end), rather than passive. On top of that, it’s one of the few certified cables that supports the full Thunderbolt spec, including DisplayPort and 10 Gbps USB-C 3.1 Gen 2. As such, Apple’s Thunderbolt cable might actually be the cheapest that has all of the above.

Apple said that the cable is ideal if you connect your Mac with Thunderbolt 3 (USB-C) to Thunderbolt 3 devices like the “ProDisplay XDR, docks and hard drives.” In fact, the ProDisplay XDR ships with that very cable, but Apple has apparently never sold it separately before. If you’re connecting Thunderbolt 3 storage and want full 40 Gbps speeds, you place the drive more than a half meter away unless you use an active cable like this one (or TB3 that cost hundreds of dollars).

That means that for video editors and other pros, it’s a no-brainer and the price is a drop in the bucket. For the rest of us, though, $129 is a lot of dough no matter how much you might want a very high-tech braided cable.

In this article: USB 3.1 Gen 2, displays, peripherals, cable, DisplayPort, storage, apple, thunderbolt 3, thebuyersguide, news, gear
All products recommended by Engadget are selected by our editorial team, independent of our parent company. Some of our stories include affiliate links. If you buy something through one of these links, we may earn an affiliate commission.